The biggest soccer stadiums in the world are listed below:

#1 Rungrado 1st of May Stadium

Despite the fact that the facility’s overall capacity is a point of contention, it is generally agreed that the Rungrado 1st of May Stadium is the world’s largest, with even the most conservative capacity estimates toppling its rivals. The world’s biggest stadium was purportedly constructed as a response to Seoul Olympic Stadium in South Korea’s rival.

It is also one of the most unusual stadiums. Rungrado 1st of May Stadium, which is located on an island with only two roads leading off it, has a roof that encircles the stadium and resembles a parachute in form.

The venue’s reputation has usually been gained through events other than soccer matches, with the exception of Rungrado 1st of May Stadium, which has housed the North Korea national football team and the April 25 Sports club in the DPR Korea League.

If you want to see one of the world’s most magnificent grounds, all you have to do is travel a short distance.

The Melbourne Cricket Ground is commonly known as Melbourne’s cricketing capital, as well as the spiritual home of the AFL. The MCG has also hosted several major soccer games, including the Gold Medal match at the 1956 Olympic Games between USSR and Yugoslavia.

The MCG has also hosted World Cup qualification matches for the Socceroos. The 1997 qualifying match against Iran is one of them, in which Australia was eventually prevented from going to the next World Cup. The 2001 qualifier against Uruguay is another.

The MCG has hosted international matches including the Socceroos, as well as Brazil, France, and Argentina.

Camp Nou is the biggest soccer stadium in terms of all grounds built especially for the game.

FC Barcelona is the world’s most famous football club, and its home ground is Camp Nou. It is the venue of some of the greatest players in today’s game, such as Lionel Messi and Luis Suarez, as well as legends like Diego Maradona, Ronaldinho, Ronaldo, and Thierry Henry.

FC Barcelona has won 24 La Liga, five UEFA Champions League, and three FIFA Club World Cup trophies since its inception in 1899, thus it appears that the club always puts one of the world’s most skilled soccer teams on the pitch, which is why spectators flock to watch them.

The First National Bank (FNB) Stadium, formerly the site of numerous matches in the 2010 FIFA World Cup as well as the opening and closing ceremonies, is also known as Soccer City and The Calabash.

FNB Stadium, which is located in Centurion, South Africa and serves as the home stadium for both the Kaizer Chiefs and several international football matches, is generally the site of the Kaizer Chiefs – a member of South Africa’s Premier Soccer League (PSL). Between August and May, FNB Stadium is usually home to the four-time PSL champions.

FNB Stadium has also hosted major sporting events, including the Soccer World Cup and the African Nations Cup. It was also the site of Nelson Mandela’s first public address following his release from prison, further demonstrating that it is one of South Africa’s most famous and distinctive stadiums.

The Rose Bowl, also known for its annual American Football event, is one of the United States’ major soccer locations.

The Rose Bowl hosted eight matches during the 1994 FIFA World Cup, including the final, which was the first to be decided after a penalty shoot-out. The Los Angeles Galaxy called the Rose Bowl home at one time.

The Rose Bowl has continued to host soccer matches despite the Los Angeles Galaxy moving their home games to the StubHub Center in 2003. FC Barcelona vs. Los Angeles Galaxy (2009) and Chelsea vs. Liverpool (2016) were previous friendly matches at the venue.

It doesn’t get much bigger than Wembley Stadium when it comes to English football.

The stadium in London is the home of a number of major soccer matches, including those involving England’s international fixtures and the FA Cup final. Wembley has hosted a number of other significant events, including the 2011 and 2013 UEFA Champions League Finals as well as the 2020 UEFA European Football Championship.

Most recently, the home ground of English Premier League (EPL) side Totten Hotspur FC have been Wembley Stadium. A team that has won eight FA Cups (although there has been a drought since 1991), it was previously known as the AC Milan Stadium.

Whether it’s soccer, one of its many other activities, or a concert by a major artist, Wembley Stadium has something major going on nearly all the time. 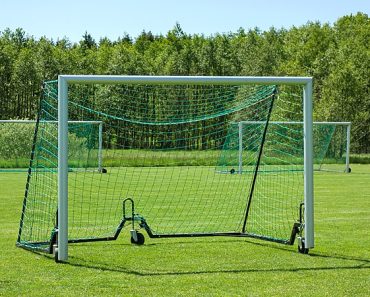 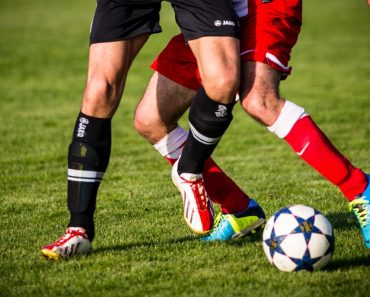 More from this Author

No comments to show.